On July 31st and August 1st, the Institute for the Study of Human Flourishing hosted a Civic Virtues Workshop at the University of Oklahoma. Led by the Institute’s Assessment Coordinator, Dr. Michael Warren, the workshop provided middle and high school teachers with an overview of a semester-long quasi-experimental study in which teachers will deliver in-class lessons on civility, compassion, and fairness. A draft of the Teachers’ Guide to Civic Virtues—a working document with over 65 virtue activities—was shared with the teachers and served as a foundation for the creation of developmentally sensitive virtue lessons. After constructing concrete lesson plans that will be implemented throughout fall 2019, teachers were briefed on an assessment plan by which the efficacy of the virtue lessons will be evaluated according to how well they foster the development of civic virtues in students’ lives. The event was rounded out with a brief lecture by Dr. Nancy Snow on the relevance of civic virtues in the lives of students, and by a sample lesson presented by Dr. Pamela Pittman-Adkins from Norman North High School.

The workshop was attended by educators from Norman High School, Norman North High School, and Irving Middle School. In addition, school counselors, administrators, and officials from Norman Public Schools district participated. At the close of the workshop, attendees completed a survey that assessed how well key workshop objectives were achieved. A forthcoming assessment report is in progress to document the survey results. Teachers will begin in-class virtue lessons during the week of August 20, when the new school year begins. 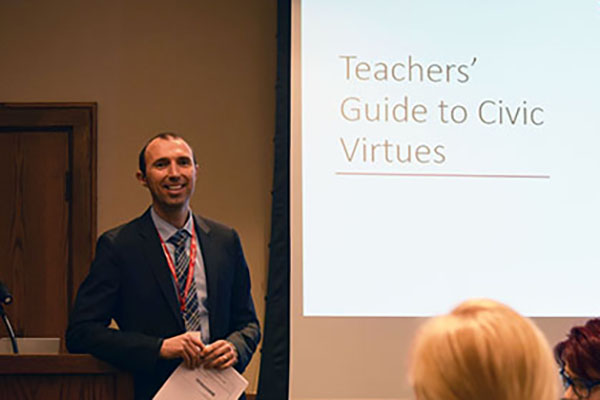 Institute for the Study of Human Flourishing, University of Oklahoma

Michael T. Warren earned his Ph.D. in Positive Developmental Psychology from Claremont Graduate University in 2016, and he completed a Postdoctoral Research Fellowship at the Institute for the Study of Human Flourishing (ISHF) at The University of Oklahoma in 2017. He currently conducts qualitative and quantitative evaluations for activities connected to ISHF, including virtue development initiatives in schools. Outside of his role as assessment coordinator, he teaches graduate and undergraduate courses in multivariate statistics, research methods, and developmental psychology in the Psychology Department at Western Washington University. His program of research focuses on the development of mindfulness and value-consistent living during adolescence, and his work has been published in peer-reviewed journals, including Developmental Psychology, Journal of Youth and Adolescence, Journal of Adolescence, International Journal of Behavioral Development, and The Journal of Positive Psychology. In his free time, Michael enjoys hiking with his wife and two dogs. 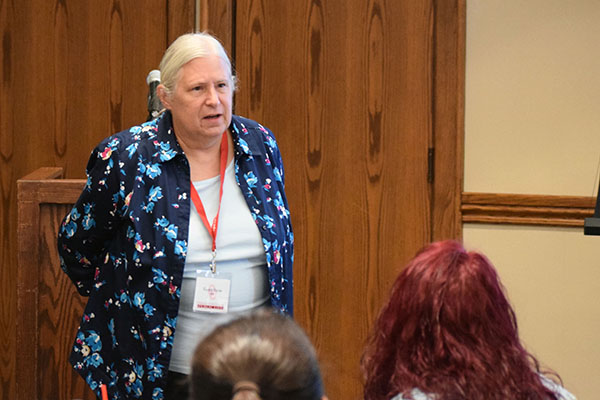 Institute for the Study of Human Flourishing, University of Oklahoma

Dr. Snow is Professor of Philosophy and Director of the Institute for the Study of Human Flourishing at the University of Oklahoma. She was co-Director of The Self, Motivation & Virtue Project, a $2.6 million research initiative on the moral self, and is currently the Principal Investigator of The Self, Virtue, and Public Life Project, a $3.9 million research initiative. She is the author of Virtue as Social Intelligence: An Empirically Grounded Theory (Routledge, 2009) and over forty papers on virtue and ethics more broadly. She has also edited or co-edited six volumes: In the Company of Others: Perspectives on Community, Family, and Culture (Rowman & Littlefield 1996) Legal Philosophy: Multiple Perspectives (Mayfield, 1999), Stem Cell Research: New Frontiers in Science and Ethics (Notre Dame, 2004), Cultivating Virtue: Perspectives from Philosophy, Theology, and Psychology (Oxford, 2014), The Philosophy and Psychology of Character and Happiness (Routledge, 2014), Developing the Virtues: Integrating Perspectives, co-edited with Julia Annas and Darcia Narvaez (Oxford, 2016), and The Oxford Handbook of Virtue. She is currently revising a monograph on hope, writing one on virtue ethics and virtue epistemology, and co-authoring a book on virtue measurement. In the summer of 2016 Dr. Snow participated as a faculty member for the 2016 NEH summer institute "Moral Psychology and Education: Putting the Humanities to Work." 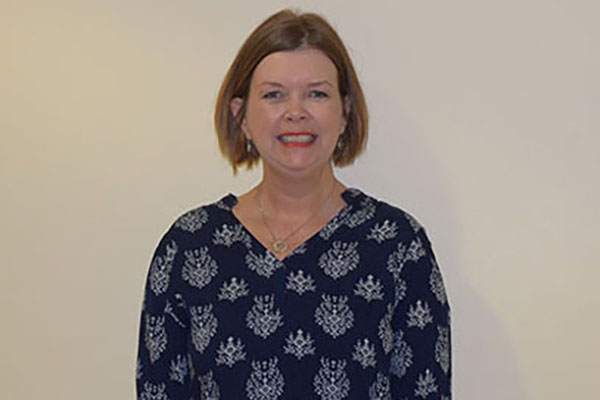 Dawn Reitan-Brockman received her Juris Doctorate from the University of Oklahoma College of Law and Bachelor of Arts in Classics from the University of Oklahoma. Brockman served on the Oklahoma State School Boards Association's legal staff for four years before returning to teaching. Dawn has served as the Student Congress Advisor and Leadership Teacher at Norman High for the past 13 years, during which she entered the University of Oklahoma Jeanine Rainbolt College of Education Alumni Hall of Fame in 2014 and was a Norman High School Teacher of the Year Finalist in 2012-2013 and 2010-2011. In 2017, she took over the position of Executive Director of the Oklahoma Association of Student Councils where she serves presently. 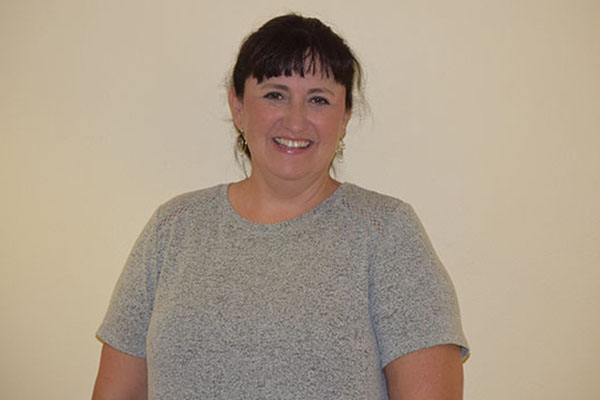 Skye Fried is a special education teacher working at Irving Middle School in the Norman Public Schools. She teaches English/Language Arts and will be entering her third year of teaching this fall. She earned her bachelor’s degree from the University of Oklahoma in journalism and is currently pursuing her master’s degree in special education, also at OU. Skye serves on the Virtues Committee at Irving. She also serves as the Advisory Team Chair for her college sorority, Delta Gamma, allowing her the opportunity to mentor the collegians of the chapter. She spends time with her two children enjoying the outdoors and traveling to national parks around the country. 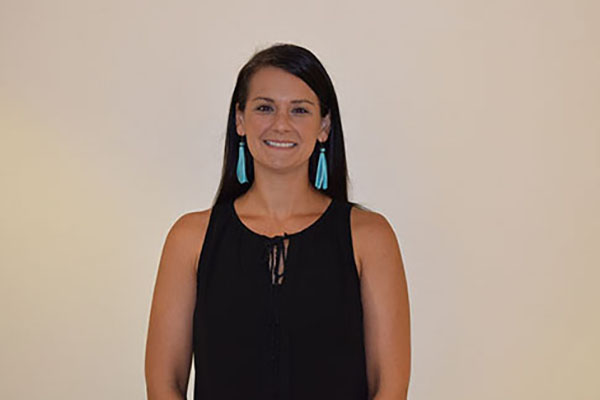 Loralei Gann is an English Special Education teacher at Norman North High School, currently catering to Sophomores and Juniors; she is also the New Teacher Liason and Prom Sponsor. A busy wife and mom, her favorite (aka pre-children) past times include: reading, writing, traveling, competitive swimming and eating a meal while it's actually warm. She feels her teaching success can be attributed to one simple rule: treat your students like people.

My name is Tracy Gibson. I grew up in the small towns of Wynnewood and Pauls Valley, Oklahoma. I’ve been teaching Art in Oklahoma since 1996 at Little Axe Middle School. I moved to Norman Public Schools in 2000. I worked at Longfellow Middle School until 2012, then went to work at the K20Center at OU for two years. In 2014 I came back to Norman Public Schools and have been teaching Art here since. I currently teach Art to students in grades 9-12. 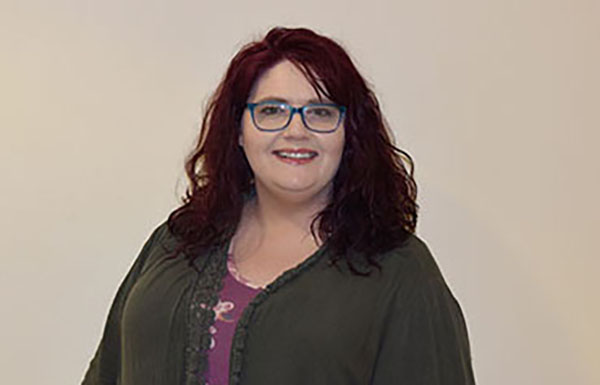 I am a special education teacher for 7th grade English at Irving Middle School. I have been teaching for 4 years. Outside of school, my husband and I own a small counseling agency and do therapy with adults, children, and families. Prior to teaching, my husband and I worked for a group home as house parents for teenagers for over 15 years.

Dr. Pamela Pittman-Adkins completed her Ph.D. in Educational Leadership, Administration and Policy Studies at Oklahoma State University. She taught core courses for future educators and was awarded the Faculty of the Year Greek Award for the College of Education in 2016 at Oklahoma State University-Stillwater. She completed her bachelor’s degree from the University of Oklahoma (OU) Health Sciences Center College of Nursing and obtained her Master’s in Human Relations with a Concentration in Applied Behavioral Research at OU-Tulsa, receiving the Charles B. Schusterman Award for Academic Excellence. She was trained through Yale University’s Emotional Intelligent Leader program, founded the OU-Tulsa Community Engagement Center and The Higher Ed Forum of Oklahoma with the University of Pennsylvania’s Netter Center. After implementing “E3 - Engage, Empower, Educate” curriculum with underrepresented student populations, she taught on-site concurrent enrollment courses and conducted formative research with NE Oklahoma school districts. The Oklahoma State Regents for Higher Education presented Pam with the Community Engagement Professional of the Year Award. Pam currently teaches English Language Arts II at Norman North High School and OU Comp 1 & 2. She emphasizes a standards-based curriculum including Socratic Seminars, Guided Inquiry Global Issues, Literature Circles, and Virtues. Pam serves as the English Language Arts II faculty coordinator and NN Virtue Goals committee member, which collaborates with OU Institute for The Study of Human Flourishing. Pam is committed to stirring hope and positive mindsets, facilitating academic, emotional, and psycho-social skills of students and advancing virtue education.

"Wow, just wow! I am so honored and excited to be part of this "movement" (lol)! Today was exceptional and I enjoyed every single minute. Michael, even our statistics conversation! And the books.....my goodness! I cannot wait to start digging in! I appreciate both of your wisdom and passion so very much and look forward to our future journey together. "

“Amazing approach to education—can’t wait to start applying more directly into my classes.”

“I appreciated the time to work and develop lesson plans that I could use when I return to school. These concepts and ideas would pair with social studies classes at the Middle School level extremely well, and if you are able to host another session next summer they might be a group to reach out to. Thank you for all your support and resources with helping us to bring the virtues to our students!”

“This was a valuable time spent in learning, discussing, and applying these concepts. The workshop was highly organized, provided essential tools and resources, and contributed greatly to my knowledge base and enthusiasm for this critical work.”

“I am excited to use these resources within my classroom.”